What Is Hip Hop?

A New Definition
by Mo La Rock on May 8, 2017
673
0
previous article
How To Practice Writing Raps
next article
50 Best Rap Albums For First Time Listeners 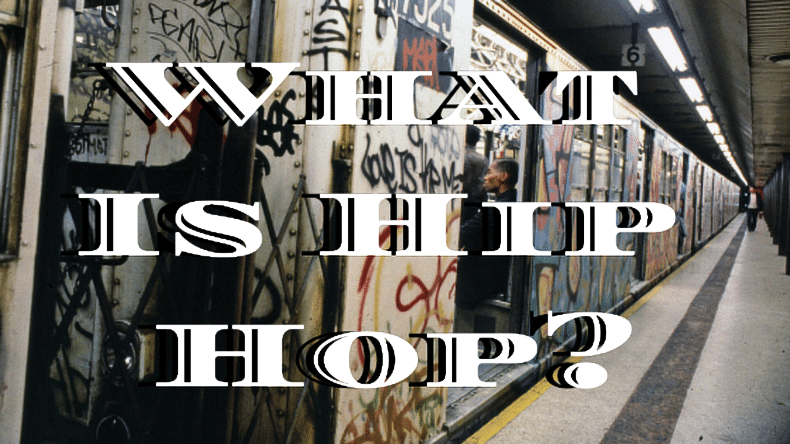 What is Hip hop?

It’s the first question I used to ask anyone who claims to be an expert on rap music. The first thing I realized is that everyone has their own concept of what Hip Hop is. The answer I got the most is: “it’s a genre of music.” Technically incorrect. But I have gotten every answer to this question that you can think of. I would ask this question to disqualify anyone who didn’t know what Hip Hop is.

Hip Hop, in my mind at the time, could be defined as: “a culture, composed of four elements, DJing, Graffiti Writing, B-Boying and MC-ing.” Unlike Ice-T in The Art of Rap, I didn’t include the knowledge of the culture as an element. Knowledge was something I assumed “real” heads just had. I’ve often been called judgmental for dissing a kid who listened to Nicki Minaj but didn’t know who Kool Herc was. I don’t act that way anymore. I now know that this attitude is a form of ignorance – a cardinal sin in the religion of hip hop. And my narrow definition, though technically correct, undermines the vastness of the most influential subculture of our time.

How many people who participate in the culture are Graffiti Artists? How many are B-Boys? And how many heads nowadays know who Grandmaster Flash is? If the majority of people don’t practice a discipline, one of the four (or five) elements, then how can the culture still exist?

It is time to redefine our paradigm of Hip Hop. The culture itself has changed because society has changed. Hip Hop ain’t on the streets no more, it’s on the internet. There is an increasing divide in the subcultures of Hip Hop’s modern milieu. Which is leading to an identity crisis: no one is defining what the culture is. The Purists are ignoring the Freshmen. And the Freshmen have no knowledge of Hip Hop’s traditions. Both sides are equally to blame for the culture’s decline. Both sides are driven by ego. And neither side will see the other point of view. No one is bringing any originality and both are subject to cliches. Everyone has fallen victim to hedonistic desires: pussy, money, weed. And few pursue it as an artform to express ideas.

We need to reinvent our culture. And that starts by defining what Hip Hop is to us. We need to define our roles and decide if our values and intentions are pure. For the sake of the kids who are influenced by our actions. Hip Hop is not four elements anymore. It is twenty, fifty, a thousand elements. People ask me all the time if I make beats. Beatmaking has to be an element of Hip Hop. I know people who are photographers, dancers (not B-Boys), promoters, dudes who sell mixtapes at the mall, my friends who tell me everyday “you have to hear this new song.” These are the individuals who live Hip Hop everyday and they outnumber the B-Boys, Writers, Emcees and Deejays of the world.

It has just occurred to me. I still haven’t answered the question at the subject of this post. What is Hip Hop really?

Hip Hop is a jam. A jam that started in the South Bronx and has since taken over the entire world. It is a collective consciousness of millions of people all over the world, all locked in the sonic pleasure of a Hip Hop groove. For example, people all over the world are discovering the new Kendrick Lamar album. DAMN. is new at the time of this post. People are discovering the serendipitous story in the closing song DUCKWORTH. They are hearing the beat change at the end of DNA. The unique perspectives of each verse in FEAR. Think of how many people are listening to the album right now. Streaming it. Downloading it for the first time. Regardless of when you are reading this post.

Hip Hop is a beautiful phenomenon that allows us to experience a feeling of joy in synchronicity. At any time, somewhere in the world, someone is experiencing a song, throwing up a tag, improvising a dance move or a freestyle rap, practicing beat juggling, copping some new gear… or reading this post. And if you find yourself doing any of these things, even if you are by yourself, you are adding to the worldwide never-ending jam – and if we can hold an idea in our heads while we do it, and if we can express it in our truest way, we can transcend ourselves and ascend to the level of a God.

How To Freestyle For Beginners

by Mo La Rock on May 23, 2017
Where to start? Freestyle rapping is a master level skill in hip hop. Masters like Biggie, Jay-Z, Kanye and Lil Wayne all claim to rap completely off the dome, without putting pen to pad. Out of all of the above I believe Lil Wayne the most, because his [...]

by Mo La Rock on May 19, 2017
What is The First Rap Album You Ever Heard? The first rap album I ever heard is The Notorious B.I.G.’s Ready To Die. And that was the only album I listened to. Literally. In fact, for the longest time I only listened to “Juicy,” on [...]

How To Practice Writing Raps

by Mo La Rock on May 4, 2017
How To Write Rap Lyrics – Without Writer’s Block… This post is for anyone new to rapping so you can learn the correct habits and ways of writing. It’s also for anyone who write’s raps regularly and has come to a point where [...]
Latest Reviews
Try a different filter
You need to choose at least one Section Widget Category in Theme Options >> Page Builder Setup >> Widgets
PAGED ARTICLES