How To Freestyle For Beginners

Freestyle rapping is a master level skill in hip hop. Masters like Biggie, Jay-Z, Kanye and Lil Wayne all claim to rap completely off the dome, without putting pen to pad. Out of all of the above I believe Lil Wayne the most, because his rhymes sometimes come across underdeveloped, but when he is on, he is really on. If Hov and Big actually freestyled their raps, that is incredible. To attain a level of expertise in freestyling that you sound like you wrote and revised your lyrics several times is a truly impressive feat. How can we gain the same power over the spoken word? Though freestyling is a master level skill, we all have to start somewhere.

If you are like me, then you plan everything. It is difficult for me to be spontaneous. I have to make a conscious effort to do things outside of my comfort zone. So, writing is my natural way of expressing myself. Many people are the opposite, they don’t really make plans because they know that nothing ever goes 100% according to plan, and the best results often come when you are in the moment. If this explains your personality then, good news! Freestyling is the natural way for you to go.

Some tips for phrasing and delivery:

The first step is to record yourself freestyling. You can get a cheap mic and a Pro Tools setup for a couple hundred bucks (you also need a PC or laptop). If money is a problem (it is for me too at the moment), then you can get a cheap voice recorder at Wal-Mart for 10 to 20 bucks. If you have a cell phone, your phone most likely has a recording device built in. And they usually come with a pair of headphones that has an external mic attached.

Practice freestyling for 20 minutes a day for a month. If you are not recording your freestyles for the first month, then you are not practicing. You need to record so you get an idea what you sound like, what your subject matter is that you keep coming back to, and what words you are using as rhymes. Often, we repeat subject matter and rhyming patterns when we first start freestyling. Recording your raps will make you more conscious of it.

Save everything. I have an external drive I save everything I record on. Start an account on Google Drive, or Dropbox. It saves all of your freestyles in the cloud so you can access them at anytime. Also, you can drop someone a link if you want to share your work. You can also save it in your email, by emailing yourself audio clips.

It is necessary to save your work so you can track your progress. Record everything and put it away. Refer back to your old stuff every month or so. You’ll be surprised that some of the lyrics that you improvise will be really good!

Read new books. Especially if they are about hip hop. Reading will help to build vocabulary. Many MC’s read the dictionary. I’m not saying you have to go that far, but you can if you want.

Watch movies and TV shows for inspiration. Some of the most referenced films in rap music are: Goodfellas, Godfather, Scarface, Casino… There are a lot of Gangster films that have hip hop flavor that came out in the 90’s. East Coast: New Jack City, Juice, King of New York. West Coast: Boyz-N-The-Hood, Menace II Society, South Central, American Me, Blood In Blood Out…

Movie references can shock and amaze an audience. Binary Star’s Senim Silla has a solo cut on the Masters of The Universe album, called “Slang Blade,” that references one of my favorite films, Sling Blade. He uses the movie reference as a metaphor for the sharpness of his lyrics, “kill with a slang blade, some call it a Kaiser.”

And you will hear me say it over and over: listen to new and different music. Nothing will give you more musical inspiration.

It is important for someone who only writes raps to learn to freestyle. You learn improvised rhythms and observational humor. And the end goal is to not have to spend hours and hours writing, but to be able to release a high volume of music in a short amount of time. Freestyling is faster and can lead to more timely lyrics.

On the other hand, it is important for someone who only freestyles to write. Especially, if you use the techniques on a previous post I suggested. It is an essential way to develop a better lexicon, practice techniques and rhythmic patterns. I think that many MC’s who claim to freestyle actually secretly write their lyrics. Eminem is one I am sure writes his raps. Even in his battling days. He knew that many rappers he was going to battle were going to attack him for being white, so he wrote a litany of responses for that scenario. I don’t think writing discredits Eminem in any way. I think he is also an immaculate freestyler as well, and it just shows his diversity.

There might be some kids in your school who meet up to rap. Every Thursday in my city people meet up in our town square for an open mic as a DJ spins. There may be an open mic at a bar somewhere. Find like minded people who you can measure your skills against. And if their is no scene for you to join: create one! We have the internet now. Facebook groups are a good way to build a scene. Start a group on Meetup. You can become a leader in your community. Leadership is power, not knowledge.

by Mo La Rock on May 19, 2017
What is The First Rap Album You Ever Heard? The first rap album I ever heard is The Notorious B.I.G.’s Ready To Die. And that was the only album I listened to. Literally. In fact, for the longest time I only listened to “Juicy,” on [...]

What Is Hip Hop?

by Mo La Rock on May 8, 2017
What is Hip hop? It’s the first question I used to ask anyone who claims to be an expert on rap music. The first thing I realized is that everyone has their own concept of what Hip Hop is. The answer I got the most is: “it’s a genre of [...]

How To Practice Writing Raps

by Mo La Rock on May 4, 2017
How To Write Rap Lyrics – Without Writer’s Block… This post is for anyone new to rapping so you can learn the correct habits and ways of writing. It’s also for anyone who write’s raps regularly and has come to a point where [...]
Latest Reviews
Try a different filter
You need to choose at least one Section Widget Category in Theme Options >> Page Builder Setup >> Widgets
PAGED ARTICLES 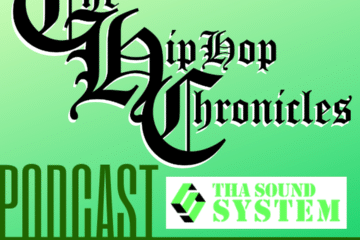 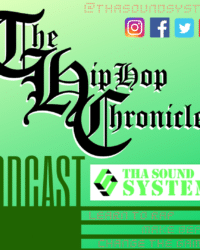 The HipHop Chronicles 002 – The Basics: How To Count Bars and Drum Patterns